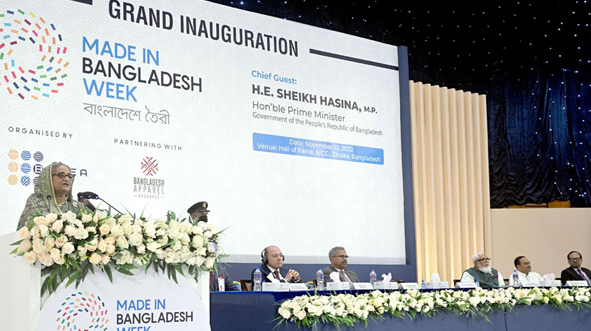 Prime Minister Sheikh Hasina today called upon the foreign businessmen and entrepreneurs to choose Bangladesh for investment and sourcing as the country has turned into the best favourable destination for it.

“I urge the foreign businessmen to choose Bangladesh for investment and sourcing to avail the win-win situation and convenience of business as Bangladesh is the best place for it,” she said.

She made this call while addressing the opening ceremony of the first ever “Made in Bangladesh Week-2022” in city’s Bangabandhu International Conference Center (BICC) as the chief guest.

Bangladesh Garment Manufacturers and Exporters Association (BGMEA) organised the weeklong event to showcase the capability of the country’s apparel sector before the world.

Sheikh Hasina also urged the country’s businessmen to find out their foreign partners to utilise their technology and knowledge in the local industries.

“To welcome the foreign investment, I would urge the local businessmen to explore your foreign partners. You can utilize their technology and knowledge in our industry. Now an excellent investment environment prevails in Bangladesh. So, avail this opportunity,” she said.

“I would like to urge diplomats and foreign businessmen to choose Bangladesh for the sake of their business,” she said, adding that Bangladesh is one of the most favorable destinations for investment.

The prime minister said Bangladesh is developing connectivity with South Asia and South East Asia as this region is a huge market due to its large population.

“Bangladesh is connecting with Trans-Asian railway and Trans-Asian highway. In addition, we are also developing waterways, airways and railways communications,” she said, adding it has to keep in mind that this region is a huge market.

Noting that Bangladesh is setting up 100 special economic zones in different parts of the country, she said, “We want local and foreign investment in those zones.”
Sheikh Hasina stressed the need for the development of agricultural goods processing and setting up the food processing industry in the economic zones as the demand for agro-goods and food items would never decline in local and foreign markets.

Earlier of her address, Sheikh Hasina went round different stalls at the exhibition venue.

Theme song of “Made in Bangladesh” was played and a video documentary was screened while another two audio-visuals on progress and prospect of Bangladesh’s economy and women empowerment were also played at the ceremony.

At the outset of the function, BGMEA President Faruque Hassan presented a green tree and a crest to Prime Minister Sheikh Hasina.

Four businessmen were awarded at the ceremony for their outstanding contribution to the export.

The week-long event was opened with the theme “Care for Fashion” that will continue till 18th November.

Promoting “Made in Bangladesh” is the main objective of the event as BGMEA wants to keep its market share and also to increase the market share of Bangladeshi apparel in the global market.

The mega event would also create opportunities for the partners of the global value chain to work together to face the global challenges.

At the opening ceremony, the premier also unveiled two coffee table books, on which BGMEA has been working since the beginning of this year.

The first book titled “The Untold Stories of Bangladesh RMG Industry: Economic, Social and Environmental Good Practices” aims to highlight the positive changes that have occurred in the industry throughout the years.

MIB Week 2022 is not BGMEA’s individual event and it is not being organised to brand BGMEA, rather the whole industry and Bangladesh.

The prime minister urged the RMG businessmen to pay a special attention to good work environment, well-beings of the workers and the quality of their products.

“It is every essential to ensure the welfare of the workers, production of goods in environment-friendly places, healthy and decent life of the workers so they can concentrate to their works properly,” she said.

“Many of you are workers-friendly, but there is negligence in some places. You will have to pay a special attention to it,” she added.

She emphasized taking preparation from now on for the 4th industrial revolution (4IR) by building skilled human resources and using artificial intelligence in the local industries.

“We’ll have to take preparation from now on to face the changes to be caused by the 4IR,” she said.

“We’ll have to work considering the 4IR impacts on economy and employment. We’ll have to take steps for using everything like artificial robots, AI and latest technology in our industry during the 4IR era. We’re taking the steps,” she added.

She also stressed the need for protecting arable lands, developing environment-friendly industries and not setting up industries indiscriminately.

Sheikh Hasina, also the President of ruling Awami League (AL), said her party announced its “Charter for Change” (in its 2008 election manifesto) and Bangladesh has truly changed in the last 13 years accordingly.

She said AL has been in power for more than 13 years. “We had announced that Bangladesh would get changed. Today, Bangladesh has truly changed in the 13 years,” she said.

She added that her government has successfully implemented the Vision-2021 and the Perspective Plan: 2010-2021 by fulfilling the electoral pledges.

Focusing on the success of the country’s apparel sector, the head of government congratulated the people of the RMG as nine out of the world’s top 10 green garment factories are in Bangladesh now.

“The scopes and incentives are given to many (people and sectors) and all can’t utilise these. But, the garment sector has successfully utilized it. So, I extend my sincere thanks to you,” she said.

The premier thanked the foreign investors and buyers or their representatives for their participation in the “Made in Bangladesh” event even amid the stagnant global business caused by war, sanctions and counter-sanctions.

More than 100 participants from overseas – foreign buyers and investors or their representatives – are taking part in the weeklong event arranged to enhance the market share of Bangladeshi apparel products in the global market. 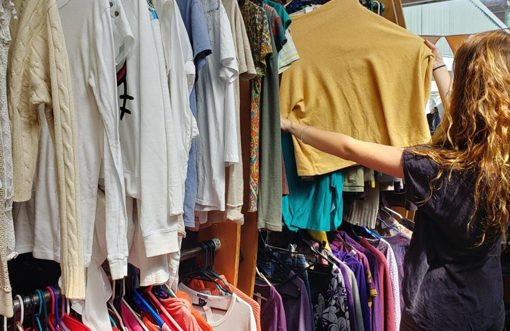 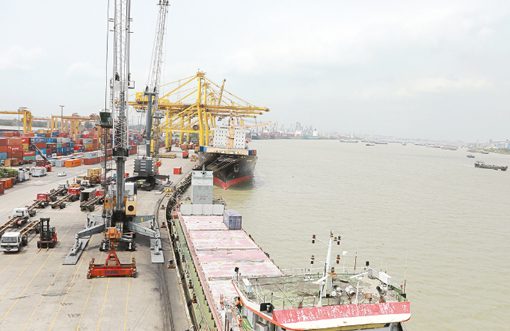 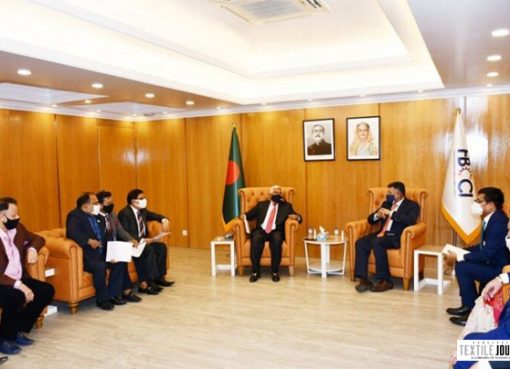 Export – Import deficits are decreasing for Bangladesh to India as Bangladesh increased garments export to India 94% in one year, said leaders of FBCCI. They said the export volume has reached U
Read More