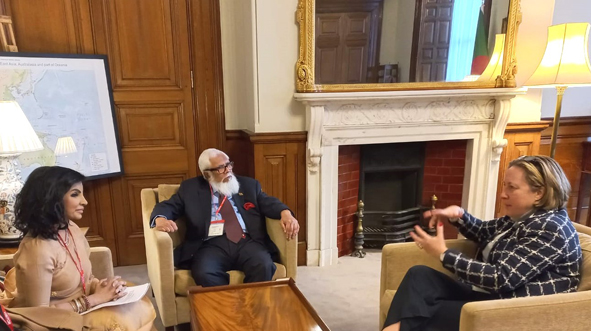 He revealed it during a bilateral meeting with Private Industry and Investment Adviser to Prime Minister Salman F Rahman, according to a statement.

Praising Prime Minister Sheikh Hasina’s generous hosting of the Rohingyas in Bangladesh and sustained efforts to give a better life to the Rohingyas including providing them with education and livelihood, the British Minister reiterated UK’s continued commitment to resolve the Rohingya crisis.

The Minister also discussed creating future partnerships with Bangladesh in the climate and digital economy.

Adviser Salman F Rahman briefed the British Indo-Pacific Minister on the leapfrogging of Bangladesh’s growth between 2009 and 2022 under Prime Minister Sheikh Hasina’s pro-business trade and investment initiatives, including with the UK.

In response to a query from the British Minister regarding the strategy behind Bangladesh’s extraordinary growth over the past decade, Mr. Rahman said, “it was our Prime Minister’s drive to maximize power production for industry, empowering the women with education and employment, and attaining food security for our 165 million people.”

Bangladesh High Commissioner to the UK Saida Muna Tasneem was present during the meeting that took place on Monday at the office of the British Minister at the UK Foreign, Commonwealth and Development Office in London. 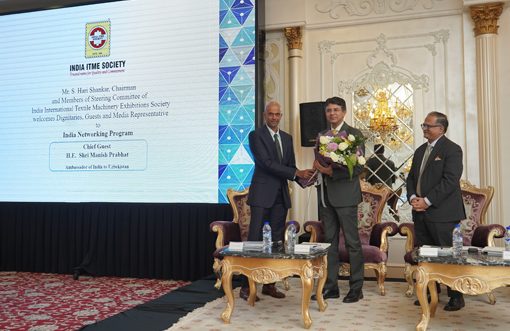 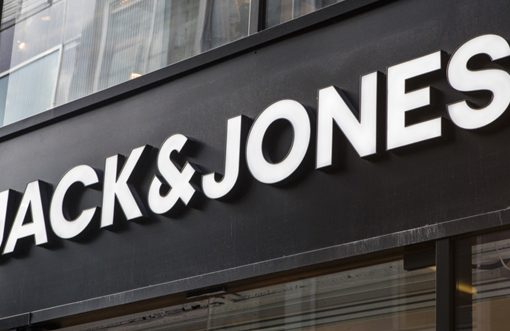 Fashion brand Jack & Jones has commercially launched a pair of trousers made using a minimum of 20% of Finnish firm Spinnova’s recycled fibre, media reported. The pair forged a partnership through
Read More 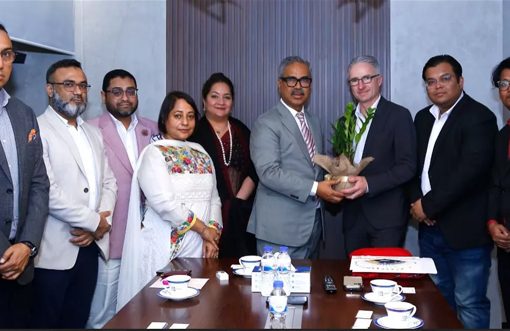