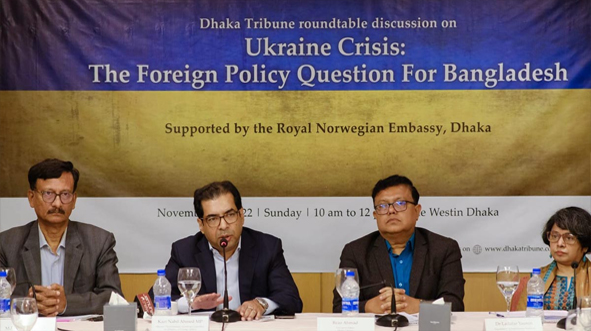 The government of Bangladesh should pursue prudent policy against the backdrop brought about by the polarized world and global effect due to Ukraine-Russa war, said the speakers at a roundtable discussion.

Moreover, Bangladesh should take position against aggression and Prime Minister Sheikh Hasina can use her global influence to tell the Russians to end the war.

Speakers revealed it while discussing at a roundtable titled “Ukraine Crisis: The Foreign Policy Question for Bangladesh”, at a city hotel on Sunday.

The program was organized by popular national English daily, Dhaka Tribune with the support from the Royal Norwegian Embassy in Dhaka.

Md Touhid said that when it comes to the issue of territorial integrity and sovereignty, our support should be unequivocal.

Bangladesh should take a stern position against any aggression and forcible change of map, he added.

A strong country is changing the map of a weaker neighbour by force, and this is an issue for Bangladesh, he said.

“We need a peaceful world to prosper as a country. Bangladesh is not a small country… For the huge population we have, economic security is one of our top issues and it is being threatened due to higher energy and commodity prices,” he added.

“Prime minister Sheikh Hasina has been trying to act consistently to make sure that Bangladesh’s interests are safeguarded,” he said, adding: “We don’t live in isolation. We are all socio-economic beings.”

The question for Bangladesh is how to make sure that it can protect its own economic well-being and continue to procure the energy and food grains it needs, he said.

“The main question right now is how to make sure that the crisis does not get worse and everyone can safeguard their economic well-being,” Kazi Nabil added.

Lailufar Yasmin said Bangladesh has unique geo-political value and it is increasingly emerging as an agenda setter.

Bangladesh is part of a number of mini-multilateralism activities, she said, adding: “We have to learn to cooperate with a number of South Asian countries.”

Norwegian Ambassador Espen Rikter-Svendsen said; “The threat of Covid has diminished. The global structure we took for granted has been disrupted and the whole global trading system is in disarray. The core global values anchored in the UN Charter have been blatantly breached and the war serves absolutely no meaningful purpose.”

Former foreign secretary Shamsher Mobin Chowdhury said: “Bangladesh has always taken a position against aggression. In 1990, when Iraq invaded Kuwait, Bangladesh supported the global move to liberate the country and even sent troops there. It was based on values and these values should not change.”

British High Commissioner Robert Chatterton Dickson said: “I recognize that when other people in the region may have different views, it is not always easy to take this position. We very much welcome the two votes in favour at the UN General Assembly.”

The whole world wants to see an early end to the conflict and Prime Minister Sheikh Hasina can use her global influence to highlight to the Russians the urgent need for them to end this catastrophic war that they have started, he said.

Parliament member Nahim Razzaq said: “We have voted in favour of sovereignty and territorial integrity.

“The way forward to the de-escalation of the situation in Ukraine is restraint and dialogue. We all are affected. The UK has officially gone into recession, the US is nearly on the verge of recession. The global economy has been disrupted.” 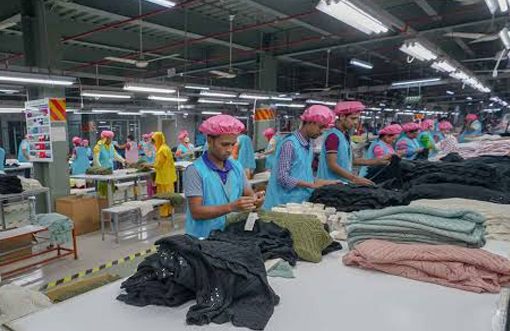 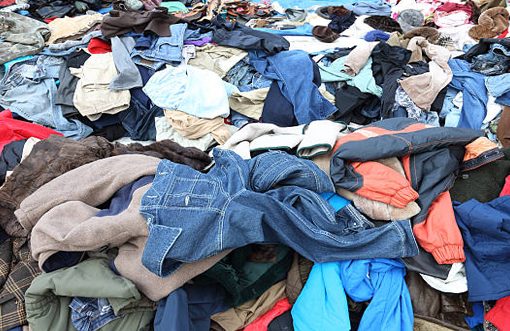 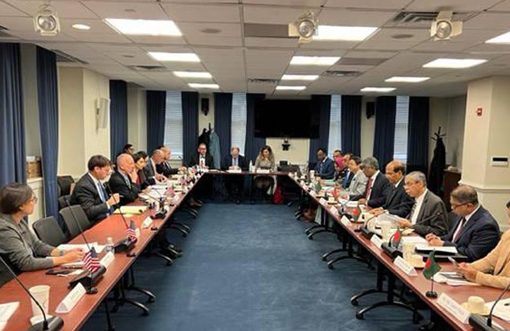