Bangladesh has further consolidated its position as the global leader in safe and green readymade garment (RMG) factories as the number of green factories reached to 176, the highest in the world.

Now the RMG sector has 57 US Green Building Council’s (USGBC) Leadership in Energy and Environmental Design (LEED) factories in the platinum category, 105 in gold, 10 in silver, and another four Leed-certified factory buildings as of October 12, 2022.

Industry insiders said that the apparel sector of Bangladesh is now standing at the threshold of becoming the global leader by facing growing challenges in the area of sustainability, climate change, groundwater depletion, efficiency, and many more.

Green Industrialization is one of BGMEA’s many initiatives to gain sustainability and take the industry to the next level, they added.

According to apparel manufacturers, the move towards green factory buildings helped to regain Bangladesh’s image after the Rana Plaza tragedy, which claimed 1,134 lives and left more than 2,000 injured.

Green factories also help to cut down the usage of energy by 40% and water consumption by more than 30%. It also emits less carbon which further ensures environmental safety, said the BGMEA officials.

Green buildings also ensure a safe workplace for workers as the factory owners have to follow certain rules for the construction of the buildings.

The 10th Intex India, one of the premier International Textiles Sourcing Show of South Asia, will be held in New Delhi from December 8 to 10, 2022. The Indian economy is a bright spot in the world wit
Read More 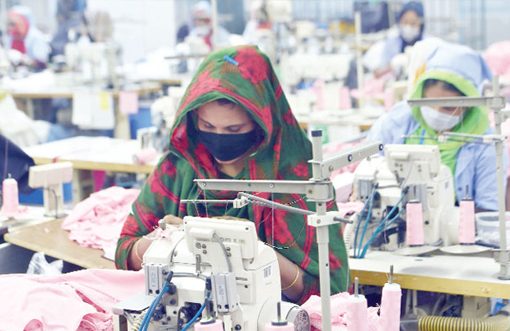